The Case of the Migrant Workers, the Golf Course and the Attorney

We know that not every assignment is straightforward — and often contains situations that require us to think on our feet to get the information our clients need to settle or deny claims. For example, we received an assignment to handle a vehicle accident whereby our insured, a trucking company, had rear-ended a passenger car with five migrant workers in it who spoke only Spanish.

Our adjuster called the day after the accident and found out that they all worked together at a local golf course. He drove to the golf course and found all five of them present. Waiting for them to finish their shift, he then first-call settled each of their claims for around $500.00 each, obtaining signed releases. As the claimants did not speak English the adjuster enlisted the help of another employee of the golf course to translate for him. 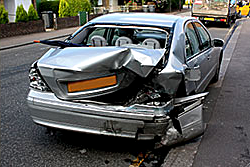